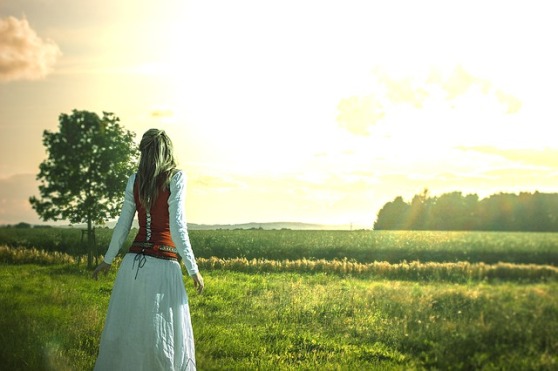 The Foolishness of Nature Worship by King Solomon.
(Reflections of a royal philosopher)

For all people who were ignorant
of God were foolish by nature; and
they were unable from the good things
that are seen to know the one who exists,
nor did they recognize the artisan but his works.

They supposed that either fire or
wind or the circle of the stars, or
turbulent water or the luminaries of
heaven were the gods that rule the world.

If through delight in the beauty of these
things, people assumed them to be gods, let
them know how much better than these is their
Lord, for the author of beauty created them.

And if people were amazed at their power
and working, let them perceive how much
more powerful is the one who formed them.
For from the greatness and beauty of
created things comes a corresponding
perception of their Creator.

Can we blame them? Perhaps they go astray
while seeking God and desiring to find him.
For while they live among his works,
they keep searching, and they trust in
what they can see, because the things
that are seen are beautiful.

Yet again, not even they are to be excused;
for if they had the power to know so much
that they could investigate the world,
how did they fail to find sooner the
Lord of these things?