Who is Clarence Avant – The Black GodFather? And Why Should We Care?

Reginald Hudlin produced and directed the Netflix documentary, The Black Godfather (2019) which chronicles the unusual path to power, influence, and the weightiness of Clarence Avant. In a culture obsessed with fame and celebrity, and in the ruthless business of television, film, music, and politics. This inimitable man wielded much of the power that shaped the 20th-century culture and yet did not need or seek the spotlight. To most people, he is The Godfather who just happened to be black because his goal was to ensure that all stakeholders irrespective of race and status in any deal, bought into a broader vision of fairness and respect for each other’s value. For this ultimate dealmaker in his work as a music executive, entrepreneur, and film producer, it often came down to “numbers.”

Through a career that spanned 50 years and numerous awards, like his star on the Hollywood Walk of Fame (2016), BET Honors (2013), and the Grammy Salute to Industry Icons Award (2019), Clarence Avant’s core message (laced with choice curse words) remained simple – family is the foundation for success, know your worth and demand it, move forward and bring others along, and know that real wealth comes from entrepreneurship and ownership. He is an intentional family man to his wife of 57 years, Jacqueline “Jackie” Gray and their children, Nicole (Fmr. Amb. to The Bahamas) and Alexander. He is a true friend to his lifelong buddy, Quincy Jones; and a no B.S. mentor to the countless individuals from all walks of life grafted into the bloodline of this Black Godfather.

He moved effortlessly between black and white communities connecting people, instinctively recognizing and serving the unmet need. He mentored a bloodline of high powered executives like Sony/ATV’s Jon Platt, Benny Medina; musicians and entrepreneurs like P. Diddy, Jay-Z, Snoop, Ludacris, Jamie Foxx; sports legends like Muhammed Ali and Aaron Hall; politicians like Ambassador Andrew Young, Rev. Al Sharpton, Presidents Carter, Clinton, and Obama. He helped launch the musical careers of producers like La Reid, Babyface, Terry Lewis, and Jimmy Jam; and artists like Bill Withers (Lean on Me, Ain’t no sunshine), Johnny Nash (I can see clearly now), Janet Jackson, and The SOS Band. On his now-defunct Sussex and Tubu record labels, he signed up talent regardless of race. It was Clarence Avant who made the phone call to move then Sen. Barack Obama’s unforgettable 2004 DNC speech to prime time, even though he remained loyal to his friends, the Clintons during the Democratic Primaries in 2008.

Why Should We Care?

This is someone you’ll like to know…I know I would. We learn in his story how to give ourselves in service to the greater good for all, how to receive help from friends when we fall, and how to remain authentic no matter what. From a poor kid born in 1931 in the segregated North Carolina, a teenager sent away to be raised by his aunt in New Jersey after getting into trouble, Avant became a behind-the-scenes power-broker and influencer. We watch the story of a man without advanced education use street smarts, learn life skills from his mentor, Louis Armstrong’s manager, Joe Glaser and apply them with his trademark candor and fairness to all who came into his path.

When asked about the motivation for his life-work, Avant points to the 1955 racially- motivated lynching of 14-year-old Emmett Till in Mississippi for allegedly flirting with a white woman. Heart-broken and initially enraged by the senseless torture and murder, he refused to yield to hate and chose to become a bridge. This Netflix documentary is a well-deserved tribute to a living icon and a condensed account worth watching about a man, leader, and father, who remains crystal clear about his purpose which is to recognize the value in another, to facilitate connections that move people towards the “promised land,” so that they can, in turn, help the next generation. 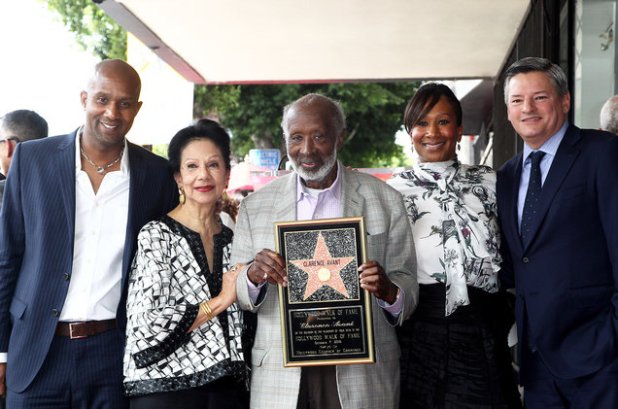