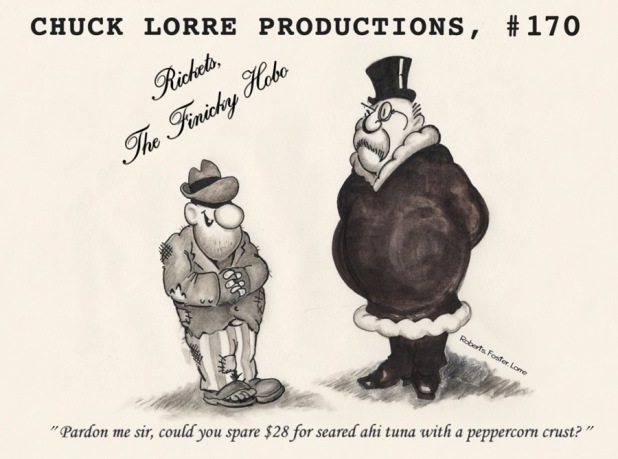 Never say never while you can still breathe. Don’t give up on a dream that still wants to live. I might be late on this bandwagon, but sometime last year, I paused my DVR after an episode of The Big Bang Theory on CBS, like millions have done over the years to read  Chuck Lorre’s Vanity card #463. The last one. He succinctly explained, “It’s time to write the last vanity card. This is what this is – all things that never should have happened in the first place must come to an end. Don’t cry for me, Argentina. Or West Covina.”

For those living in a cult or under a rock, the unique vanity cards for Chuck Lorre Productions have become a “trademark” appearing at the end of nearly every episode of his acclaimed productions like Grace Under Fire, Cybill, Two and A Half Men, The Big Bang Theory, Mom, Mike & Molly, and many others. They are usually editorial snippets, personal musings, or random observations.

I considered launching a virtual protest march demanding that we, the viewing and more importantly, the reading public,  not be starved of the non-literary gastronomical delight of peering into Chuck Lorre’s brain. Then something occurred to me. Nah, maybe without this little distraction, he would have more time to volunteer at a nearby shelter, become a crossing guard at any school of his choosing, you know, do something more wholesome.

So, imagine my surprise at reading  Chuck Lorre’s Vanity Card #464 after the next episode. It was a short, terse card, written by a pained Chuck who realized that nobody cared enough to protest or beg him to re-consider. All he got were a few, nonchalant “literary shrugs” that didn’t cross the ear threshold. Yes, the world would still spin on its awkward axis, and pigeons will desecrate hallowed Hollywood Boulevard where knock-off stars have obstinately ( I’ve always wanted to use that in a sentence) refused to twinkle. People were far more interested in a YouTube video of a child falling asleep after 14 strokes of soft tissue paper over his cherub face. Yep! Nobody cared. 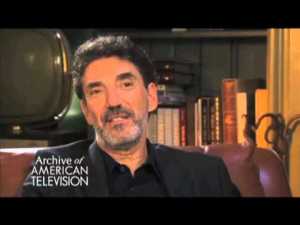 But I did. It would be sad to see these “self-congratulatory snippets of a mind, screaming for attention” end. They are at least are better than the deplorable selfies assaulting our  virtual spaces, (No thanks to the inventor of the selfie stick.) Even as I wholeheartedly agree that Chuck’s Official Vanity Cards are nothing short of a “Herculean attempt at curating a set of pointlessly unique, haunting, [harrowing], also petty, most times personal thoughts.” (All quotations are his words)

Well, if I piqued your interest, you would be delighted to know that at this time of writing, there’s Vanity Card #500, and I hope more. For one, I am glad. Sometimes like Chuck Lorre, we have to pause and reflect on anything we’ve been doing maybe, mindlessly for a while –  like a marriage, a friendship, a job or the attempt to immortalize oneself (a.k.a. blogging) and ask yourself:

Question everything. That’s what makes us human, but never say never or give up on something or someone you love. Don’t walk away if it still wants to live. Let it.
The 2.0 version might be refreshingly more meaningful, wiser, as it matures just as Lorre’s post-#463 vanity cards have become. Curious? Check out card  #482, my new favorite.