Already, this year has been exceptionally trying, but I have chosen to serve and to give out what I need most – an encouraging word. My hope for you all today is that you do not become weary from expecting the good. I am so ready for the harvest that comes after the waiting…

In whatever state we find ourselves

God is working out the opposite.

When we fall, He lifts us up.

When we are bound, He frees our souls.

In the face of certain defeat, He is working

out a victory that cannot be denied.

In our darkest nights and earnest watching – qui vive.

His love roars loud and clear above the taunting waves.

He calms our heartbeat to the rhythm of His breath.

He sent us a helpless baby as Savior of the world.

Once an alien in Egypt but rich in gold, silver, and myrrh.

The pain and suffering that He allows, ushers in

destiny and purpose. He plants in untilled soil, that the

harvest may be wild and unrestrained reaching to

the ends of the earth and places marked “x.”

In the face of sorrow, our hope & joy is His name –

Emmanuel, God with us.

Even motor boats have a purpose and are remembered for their service. The USS Qui Vive (SP – 1004) was part of the United States Naval Fighting fleet from 1917 – 1919. She served as a patrol vessel then as a hospital boat in the 5th Naval District during World War 1. Originally built by the Hutchinson Brothers (Alexandria, NY) for Houston Barnard (Rochester, NY) she was chartered by the Navy until she was decommissioned and returned at the end of her naval career. Her current state is unknown but her work and service endure.
(Bio and image credit: NavSource.org /Wikipedia/Pixabay) 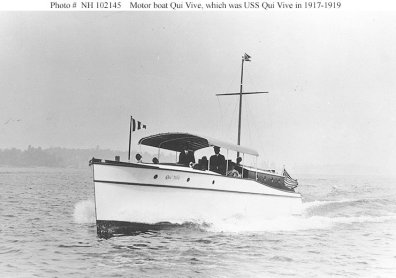 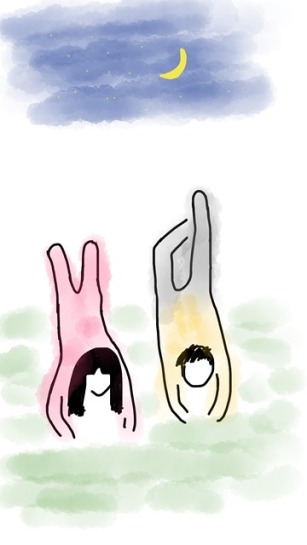 How to stay sane until November…

I feel like a child in the back seat with two squabbling parents
fighting for the steering wheel. I can’t ask, “Are we there yet?”
So I’m left with – how much longer can we stand this?
The fringes of our society have taken hold of their ideological ends
and are reaping us apart like skirt seams.
I cannot wait for the sun to rise on November 8th.
It will be the 58th quadrennial U.S. presidential election.
Like deep-sea divers, how low can we go?
I hope that those who have drowned their sense of civility and elected to
engage with prosecutorial glee in depraved depths of inhumane rhetoric,
blatant falsehood and tribal rage will once again be neighbours and friends.
Did the salacious appetite for coliseum-style politics seep
into our veins while we were asleep?
How did this get so vicious that we are demanding the heads of political rivals on silver platters and shackles on their supporters’ wrists across the aisle?
Surely America is better than this.
Surely once again, rays of love will beam across this land,
and we can fix the labels sticking out like tongues at the back of our heads.
We are officially in the twilight zone, and we should all feel
betrayed by the state of our union.
What to do? Let’s pray and read haikus to ease our troubled minds.

Full moon night
All that is
and isn’t.

Hydrangea rain
will I see you again
in my dreams?

“Truth is such a rare thing; it is delightful to tell it.” Emily Dickinson.

This week the San Bernardino shooting made us pause and hunch over for just a moment to dig beneath the shiny objects shoved in our faces. Here in LA, the fame monster has subtly terrorized our psyche and lulled us into a false sense of security. After all, this is the city of Angels and the Kardashians, the Housewives, the Über falsetto, the Lamborghini Huracán LP 610-4 tearing down PCH by a guy with prepubescent tendencies flashing a business card promoting ‘Robotic Entertainment.’

Darn it! This is supposed to be the place of dreams, of stars paved into Hollywood Boulevard, a sanctuary city, or as James Frey writes, the city of the “Bright Shiny Morning.” So when something as primal as a couple with a voracious appetite for human blood, fueled by misguided ideologies and armed with automatic rifles and pipe bombs go hunting in an office building, our glamorous sensibilities are jolted.

It reads like a bad commercial on Hulu, an unwelcome interruption. Only this is real. People died. People were wounded. Communities and families are devastated, and a six-month-old boy was left behind before being adequately weaned off his mother’s milk. Now we seek the information like it’s air, and news channels are pumping us full of every detail and nuance. We want to know everything we can about this same couple that we would have ignored if they were shopping in our local Ralphs, probably put off by her hijab or burka.

The solid foundation of God stands, “The Lord knows those who are His.” And we are known for the love we accept and then extend. The truth of love has strayed away from many religions. Profane babbling and messages of hatred spread like rabid cancer, and we have no clue who has been infected. We, as vessels all look the same.

Vessels are made, some for honor and some for dishonor, and we get to chose which we want to be. My prayer is for those who have been deceived to imbibe a religion of death, that “they may come to their senses and escape the snare of the devil, having being taken captive to do his will.”*

The Truth: God is love. A powerful God will not condone or inspire the slaughter of innocent people. A true God is not edified by the heartbreak and suffering inflicted by senseless violence and terror. He does not need anyone to kill, nor maim nor hurt us, people He lovingly created in His own image.

God wants us to live and not die. When these perpetrators of violence say, God willing, it is obvious they have confused their hatred with God’s will that “we prosper, be in health even as our souls prosper.” Jesus the Son, the Prince of peace, was crucified to put an end to every form of sacrifice, humans or animals alike. Proverbs 29 reminds us that “The bloodthirsty hate the blameless; the upright seeks another’s wellbeing.”

Anyone who hates his brother or sister in his heart has disobeyed the highest calling of humanity because strife and hatred are twin petri-dishes for every other evil. Love is a commandment, a living truth that’s so beautiful, it should be told and reflected in all we do.
May the God of all comfort, console those who mourn. May those left behind reject any root of bitterness and may we respond to this assault on our city with grace and love.

I had envisioned telling a very different story this morning but this is the one that unfolded. Today was a particularly windy California morning and I raced home down Balboa Boulevard in my gleaming, silver car anticipating some hot French roast coffee, when from my peripheral vision I caught the sight of what looked like a hunched man, battling the elements. He clutched a threadbare cloak around his thin shoulders. His eyes were squeezed tight and all he had between him and the whirling sandstorm was a weather-beaten red donation receptacle.

Suddenly I couldn’t relax in my warm, toasty home with a clear conscience and pretend I didn’t see a brother out there. While I was so terrified of walking up to the homeless man (Let’s call him Bob), I stilled my nerves and rounded the corner with a cup of coffee, a bag containing a toasted turkey sandwich, a delicious red apple and some loose change, but Bob was gone. Gone! I walked further up the street and scanned every shaded area, it was like the wind had whisked him away.  As I walked back home dejected, my story flipped.

If Bob was gone, was there anyone else who could use a hot breakfast? I scanned the alleys, then behind the liquor store at the crossroad and found no-one. None. How many mornings have I driven down this road and not spared a thought for anyone but myself (The drum major instinct). I wondered, is this how God feels holding out gifts, looking out for us, wanting to bless our socks off but we are too selfish, distracted or too busy wandering aimlessly, that we miss His outstretched hands.

We are all servants of humanity, blessed to turn around and be a blessing.  When we actively and purposefully receive all God has for us, we can truly help each other. Every act of kindness becomes part of our history and our family stories.They remind us that miracles are still possible, that there is still so much love to share because God first loved us. Those are stories I want to tell.

It’s crazy faith to expect good from unexpected places, to hope that the next moment could hold the very answers we seek, to look for the good in everything, even the mundane and imperfect.(This reminds me of Brené Brown’s, Gift of Imperfections.) I wish I had met Bob, that would have been a great story, maybe the start of something extraordinary or… not.

Still Bob would have known that he opened my eyes today and made me a better person. They say, you don’t have a story to tell, till you’ve been through something. Here’s to all the downtrodden and lost – no matter what life hurls at you, remember that you are infinitely worthy and your stories anchor our souls.

Hello December, bring it on! This should be my favorite time of the year – after all there’s great anticipation almost every week – my birthday, Christmas, and a brand new year hovering on the horizon, but this month feels like it’s fixing to beat the crap out of me. Like me, for many of you, this is a tough month. We have to deal with the pressure of performance, expectations, lost loved ones, being far away from home and sagging under the weight of the entire year resting on our shoulders.

The truth be told. Lately, I haven’t been a first-rate version of myself but instead of wallowing in self-pity and rehashing the  disappointments for the goals that slipped through the cracks of  poor-timing, paralyzing fear and just plain, unflavored indolence, I’m going to love myself a little more this month, just because my hypothalamus still works. It secreted enough acetylcholine to wake me up and boy – where there’s life, there’s hope!
I am facing this December head on.

Every morning this month, before self-damning thoughts assail my brain, I’m adopting the life-changing mirror ritual by Dr. Christiane Northrup – I’ll be kind to my soul.

I’ll reach out with understanding to my broken heart over the dreams that crashed and burned this year. I’ll pat my laugh lines and double chin tenderly, smooth over my crow’s feet and the furrows on my brow. When my eyes mist over, I’ll remember there’s a still river inside me and let it overflow its bounds. I will stand in awe of all God created in me. Then I will whisper, so only I can hear, “I love you.” over and over again. Till I believe with all my heart and mind and soul, that this gimper staring back at me will be okay.