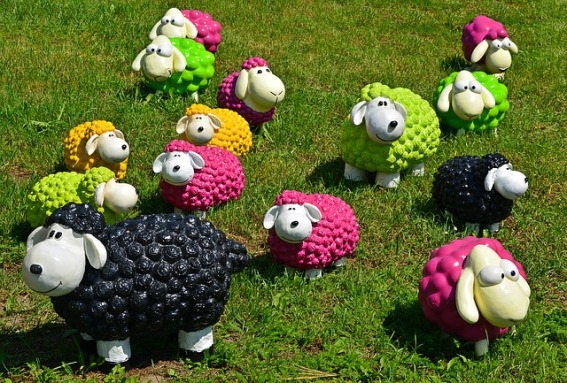 Magic happened in this year’s BET awards and it wasn’t in Beyoncé’s surprise performance or the beautiful tributes to the late Prince and Mohammed Ali. Magic happened when the bold and unapologetic face of activism, with blazing light-eyes showed up in Jesse William’s speech while accepting his Humanitarian Award.

The Grey’s Anatomy (ABC) actor who plays Dr. Jackson Avery graduated from Temple University with a double major in African American Studies and Film and Media Arts, he taught public school for six years and is a board member of Advancement Project. He was an executive producer of Question Bridge: Black Males and Stay Woke, a documentary that traced the genesis of the revolution movement,  better known as Black Lives Matter. 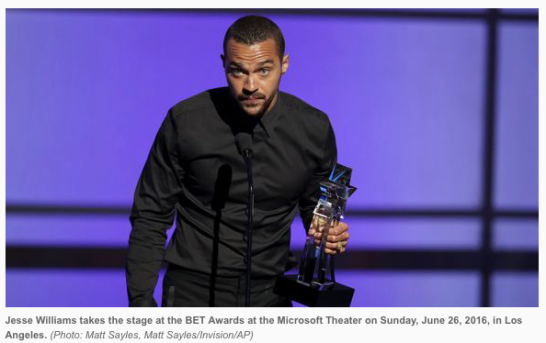 His speech woke everything up in me and I realized why I have been so silent in the past few months…it hurts too much to be cute, superficial and entertaining.
I could either vent or stay silent and not ruffle our well-coiffed sensibilities in the face of the constant barrage of everything evil to our humanity. Instead of speaking, standing or sitting-in, it was easier for me to remain numb and impotent, secretly abhorring the rash of hatred that has triggered senseless murders and mass killings all over the world.

Somehow till it affects our neck of the woods, we are content to watch others be killed every day, being slaughtered like sheep. Sometimes even in the name of God.(Rms. 8:36)

Jesse Williams paid homage to the unsung heroes in the crusade against systemic racism: “The black women who have spent their lifetimes dedicated to nurturing everyone before themselves.” He added, “We can and will do better for you”

While the honoree called for fairness in policing, he decried the extrajudicial killing of black people, invoking the memory of Tamir Rice, Eric Garner and Rekia Boyd, among others. I say let’s go further. Let’s stand for a return to love and acceptance for those of a different color, lifestyle or creed. None of us is qualified to judge another.

Here is an excerpt of Jesse’s speech but really, you want to watch the entire clip. (And you’re welcome)

“We’re done watching and waiting while this invention called whiteness, uses and abuses us, burying black people out of sight and out of mind while extracting our culture, our dollars, our entertainment… ghetto-lyzing and demeaning our creations, then stealing them, gentrifying our genius and then trying us on like costumes before discarding our bodies like rinds of strange fruit. The thing is — just because we’re magic doesn’t mean we’re not real.”

Ah, Magic! It’s in our glossy sienna skin, fiery eyes and golden smiles. We need reminders lest we forget that we matter and all this is real.

One thought on “When Magic is All Too Real and in Your Face.”