Nelson Mandela – Lessons From His Life and Legacy.

Rolihlahla Mandela. What does a name evoke? There is a reason a boy born in the Mvezo village, who went to school among the rolling hills of Qunu, given the ‘Christian’ name – Nelson, has grown to a statue that even presidents and royalty will never attain because Mandela expressed the indomitable and resilient power of the human spirit and love. Here are a few lessons we can learn from his struggle, his pain and his celebrated life:

Even the Most Dire Situation or Problem Has an Expiration Date

Nelson Mandela and his ANC brothers were locked up for 27 years in prison before they were released – someone has to pay the price for the ideal life.

We pay with the currencies of time, hard-work, mindset shifts, dogged faith in the face of chaos and sometimes even death. Whatever trouble or problem you can physically SEE is a nothing but a temporary squatter, don’t give it a permanent home in your mind and heart. Guard yourself with barriers of hope because at the end, the oppression gets weary of holding on to the unnatural state of pain and suffering.

“Difficulties break some men but make others. No axe is sharp enough to cut the soul of a sinner who keeps on trying, one armed with the hope that he will rise even in the end.– February 1, 1975. Letter to Winnie Mandela

Nelson Mandela stated that he was very angry with the state of oppression from apartheid and the Europeans who came into his country and made the indigenous and native owners of the land – second class, segregated and kept apart because they were “non-Europeans” in AFRICA…What audacity! Who died and made the white person, king of the human race?
You are not your skin color, it is at best the shade of a compostable human shell.
You are your spirit and mind.

To Move Forward, Be Strong Enough to Let Go

We cannot talk of Nelson Mandela without considering his ex-wife, Winifred Madikizela-Mandela. People often overlook her United Nations Prize in the Field of Human Rights award. She was a fearless fighter, the first black and female South African social worker before she became a politician and activist.

Even Tata Madiba reminds us when he can, that he was not the only imprisoned ANC member or leader in prison on Robben Island or other prisons, the difference was that he had Winnie and the ANC  who had elected him as the face of the struggle for freedom, outside keeping him and the hope of liberation alive.

They shared a fundamental bond that was never severed, but the nature of their relationship had to change after his release. Winnie Mandela’s iconic status was dealt a heavy blow with scandals of an alleged affair and the kidnapping of a 14-year-old activist, Stompie Seipei, who was found beaten and dead with his throat slit, even though Winnie was acquitted of all charges except the kidnapping.

These events became dead-weights to Nelson’s  freedom cause and in 1992, Mandela announced that South Africa’s most famous love story of the girl he met at a bus stop and charmed was over.

“Like the weather, some people are in your life for a necessary season.” AD

Admit Mistakes and Resolve to Learn From Them

He was emptied out of everything he was – except his name in that lonely Robben Island prison cell. He mourned the carnage and loss of life from the violent riots. He left behind a young bride, who was regularly detained, tortured, kept under surveillance and house arrest and held in solitary confinement for a year.

Nelson Mandela, said he learnt from the other leaders, freedom fighters and activists, as they sat day after day behind prison bars with all the time in the world to read, think and reflect. Peace, long-suffering, quiet wisdom and patience are weapons only the mentally evolved use to change the world. Without fanfare and in secret, for five years he negotiated his release with the leaders of the Apartheid Regime.

After Nelson Mandela’s release, the country and the world waited with hearts in their hands to hear his first words and speech. Would he be bitter? Would he incite revenge and payback for the cruelty the blacks and colored people had endured for years? Instead his speech was one of peace and reconciliation between black and white South Africans.

On 11 February 1990, Winnie was at her husband’s side when he walked free from prison, making inevitable their victory over apartheid but they had changed under the strain of 27 years of separation and communication only through mail and highly controlled visits, once every six months, which they could only see each other’s faces through a small square window.

The marriage shriveled and died but not the love and respect. She stayed present in his life despite his remarriage in 1998 to Graça Machel. Winnie Madikizela-Mandela visited her former husband, almost daily at the Mediclinic Heart Hospital in Pretoria and had a good relationship with his third wife.

Help is Near and Everywhere

Far across the Atlantic, a group of American Polaroid workers, took pictures of the black and colored South Africans, subjected to a “Papers Please Law”, where they needed a Race Identification PASS and clearance to be in certain areas of their own country. Outraged these workers approached the Congressional Black Caucus and it became a tough fight, going against the President Ronald Reagan administration, the business and sadly, the religious community.

As recalled by Hon.Ron Dellums,(former D-CA and one of the founding members of CBC ) in his recent interview on the Rachael Maddow show, that finally the Comprehensive Anti-Apartheid Act of 1986 (H.R. 4868) became public law 99-440. This legislation called for sanctions against South Africa and stated preconditions for lifting the sanctions, including the release of all political prisoners, including Nelson Mandela. 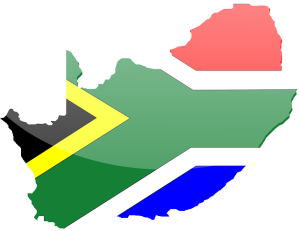 College students, thought leaders and celebrities, held rallies all over  America and the world, calling for divestment and release of political prisoners. Mounting pressure from nations and riots from the militant youth of South Africa, escalated negotiations to end apartheid in the nation.

Be Humble in Victory and Seek Healing

In 1994, Nelson Mandela, became the first black South African president winning the elections in a landslide. This was the first elections in which the black or colored citizens were allowed to vote,and they voted for three days, standing in lines that stretched for miles. He defeated the incumbent President F.W de Klerk, who eventually was awarded a Nobel Peace prize with Mr Mandela for their part in preserving civility and peace in the nation.

“The task at hand will not be easy, but you have mandated us to change South Africa from a land in which the majority lived with little hope, to one in which they can live and work with dignity, with a sense of self-esteem and confidence in the future.” Mandela at Presidential Inauguration May 10, 1994.

Mandela also knew that true freedom, does not come from revenge against the wrong, but forgiveness and healing. Chaired by Archbishop Desmond Tutu ,The Truth and Reconciliation Commission (TRC) was established as a court-like body with a mandate to uncover the truth about past abuse, using amnesty as a mechanism, rather than to punish past crimes.Witnesses or victims of gross human rights violations between 1960 and 1994, gave statements about their experiences,and some were selected for public hearings.

Perpetrators of violence could also give testimony and ask for amnesty from both civil and criminal prosecution. While former president F.W. de Klerk appeared before the commission and reiterated his apology for the suffering caused by apartheid, his predecessor, former apartheid state president, P.W. Botha defied a subpoena to appear before the commission, calling it a “circus”

The country groaned and wept at the desolate years, the loss of life and spilled blood of loved ones and the searing pain of abuse. Some started on their path to healing, but many black South Africans were angered at amnesty being granted for human rights abuses committed by the apartheid government.

In and out of seasons, Nelson Mandela stayed true to himself and spirit. As any human he made his own share of mistakes, had a great sense of humor and humility cloaked in great confidence. He once joked, “I can’t help it if the ladies take note of me; I am not going to protest.”