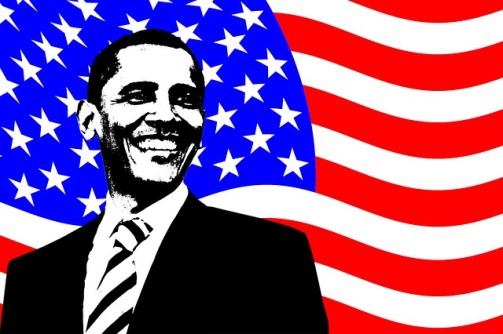 Sixty percent of Americans and billions across the world spent the last few months of President Barack Obama’s tenure in the posture of a ‘Standing O.’ Accolades have poured in from all nooks and crannies for the leader and man he remained over the last eight years. For his first night back as a private citizen, he will sleep in an unfamiliar bed somewhere in Palm Springs, CA. It might take a while for the familiar burden of caring for the nation and the world to slide off his shoulders like a well-worn backpack. We already miss him. We already feel the absence of his steady and sure hand on the nations’ pulse.

What we know for sure, is that he and his beautiful family will continue to be the model of class, temperance, and fortitude. That’s because the new President Trump has not displayed these leadership qualities yet. Obama leaves us a nation rebuilt economically, reminded of our guiding principles enshrined in the Constitution, and with marching orders to get involved in perfecting this great union via his new website (www.Obama.org )
A recurring theme in Obama’s philosophy was: We are not just our brothers and sisters’ keeper; we are our brothers and sisters. We stand as one or fall significantly diminished.

But even Obama could not save everyone in the entire nation and neither can Donald Trump, despite the loud proclamations he gave at the inauguration. The powers in Washington cannot bring change. With wisdom, they can make a difference, but only God can save wholistically. Change is an individual mandate. So we have to march past the White House, the Capitol, and find the hero within each of us.

“America First” is a selfish, myopic mindset in our collective, sharable existence. It aims to separate the natural rights of humans from the civic rights of citizens as if they are not one and the same. Nobel Prize winner, Toni Morrison warned about the peril of a “rights culture” which unhinges itself from the global capital, meaningful dialogue and our collective identity as human beings.
G. C. Spivak at a roundtable discussion reminded us that “Ours is a culture of convenience.” It takes too much effort to have empathy, to engage with the other side, hence our preference to bury our heads like the ostrich in the sand and just fend for ourselves. I assert, based on Spivak’s statement that because our identity does not [simply] disappear, Trump is proposing an impossible dream.

“Do not put your confidence in powerful people (influential mortals); there is no help for you there.” (Psalm 146:3)

‘We the people’ did not get to choose who would be in power. Secretary Hillary Clinton stands stoic but regal, her three million plus votes advantage over President Trump, is evidenced in the overshot image of the sparse crowds compared to Obama’s at the inauguration and the parade viewing stands.

Trump unlike Obama, was not the people’s democratic choice, but the product of the Republic’s mechanism, the Electoral College. However, we have accepted the inevitable and the call to pray for wisdom for our new leaders. As parents, we are compelled to step up and provide the example our children need. As a democratic society, we must engage in the process and hold politicians accountable. Speak up, loud! We have a responsibility to present a better world to the future generation. We must love like never before because we are humans first, then citizens.

May God bless the United States of America and heal the fragmented dreams, realities, and cultures within our country and the world.